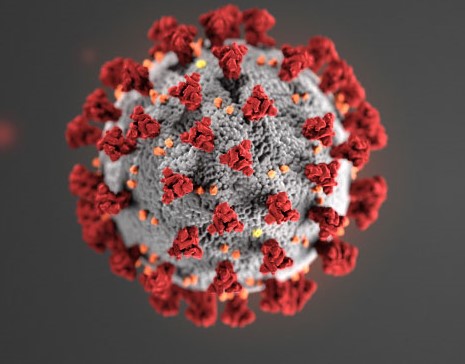 I’m not sure if anybody has really uttered those words, but I suspect that more than one victim of the coronavirus, and probably more family members, friends, and acquaintances, have at least had to rethink whether to hold on to their personal political positions or admit that a very real and very dangerous pathogen is ransacking their body or taking the life of one close to them.

My point isn’t really about the pandemic though, it is about how we judge and acknowledge what is true. I have written before about evaluating claims ( https://drjeffspiess.com/blog/i-believe-in-facts ), but today I will

look at how our viewpoint can affect what we see and how we interpret what is going on around us. It is worth asking ourselves if we believe what we see or if we see what we already believe.

There is a fascinating story in the New Testament book of John (9:13-34) that seems particularly relevant to this question. Jesus healed a man who had been born blind, but did it so in technical violation of the cultic regulation. This created quite a stir, eventually leading to a hearing before the religious authorities.

Those in charge of the faith community had already decided on their party line as far as Jesus and miracles were concerned: he was either a fraud or, even worse, a minion of the evil one. If anyone disagreed, they would be ostracized, not able to worship with the congregation or caucus with the powerful. At the hearing, their first approach was to doubt the facts; the man’s story was a fabrication, concocted to somehow make him feel important, and he probably wasn’t really ever blind, anyway. But the beggar’s parents and neighbors all testified that, however it happened, he was born blind and had remained so; they couldn’t say how this changed, but the facts were clear.

So, next, the authorities tried to denigrate the man and even call him names. How could this uneducated beggar presume to express an opinion that they, the most learned and erudite members of the community, should pay any attention to? They may not have said “You’re fired!”, but they threw him out and stuck to their own story despite irrefutable evidence that challenged it.

When we were in school, we all learned at least something about the scientific method of discovering truth; it assumes that the facts, the experimental results, are what is real. If solid evidence doesn’t fit the theory, the theory is what has to change. We all are guilty of getting things backward here. My scientific mind rebels at the use of unproven alternative therapies for symptoms and diseases, and risks missing a nugget of knowledge in a patient’s report of benefit. I see social media posts railing against the evils of socialism by people who complain that the roads are in poor shape and that their recent stimulus check wasn’t large enough. Some detest the current administration so much that they can’t acknowledge when there is a bit of good news from Washington. And, as we began, some people’s acceptance of cockamamie conspiracy concepts prevents them from seeing the unfathomable suffering and death going on across the nation and world, and leads them to recklessly ignore simple protective precautions.

So, as you look at the world around you, do you believe what you see? Or have you already made up your mind so that you only see what you already believe?