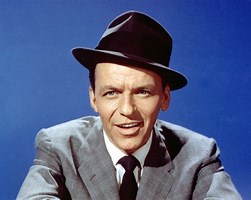 In 1969, Frank Sinatra recorded a song about a man looking back over his life, reviewing his successes, failures, and legacy. This song, My Way, with lyrics by Paul Anka, sold over a million copies in the United States and stayed on the top 40 charts in Britain for nearly a year and a half. What was it about a number that begins, “And now the end is near, and so I face the final curtain…” that made it both popular and enduring?

Life review is a healthy and healing activity for anyone, but especially for someone nearing the end of their life. So many patients I have cared for either verbalize or demonstrate that their impending mortality provides clarity about who they are and what is most vital to them. They review their accomplishments, the high points of their career or their service; they mend fences and heal relationships; they write letters to their grandchildren or make legacy videos. This attitude is so pervasive that, when it is absent, as when the dying person cannot let go of anger or bitterness, those around see it as a tragedy.

So what does Sinatra’s imagined protagonist tell us about his life? Repeatedly he says that whatever he encountered, whether a time of happiness or of difficulty, he “did what [he] had to do…” Whether he conquered or was vanquished, he was the man in the arena, the emperor of his actions. On looking back, he had regrets and he saw times when he made poor choices, when he “bit off more than [he] could chew,” but even then, he approached the difficult with assertiveness and maybe even ruthlessness, “I ate it up and spit it out.” His autonomy, integrity, and independence are his primary values, the driving forces in his choices and his actions. He sums it up, “For what is a man, what has he got? If not himself, then he has not.”

But is that enough? The life of the solo hero may be full of glory and crowned with accolades, but it can be mighty lonely. He only lets us get a peek into that side of his feelings: “I’ve loved, I’ve laughed and cried, I’ve had my fill, my share of losing, and now as tears subside, I find it all so amusing.” Are these the words of a man who values others and embraces relationships or are these the words of someone who has loved and 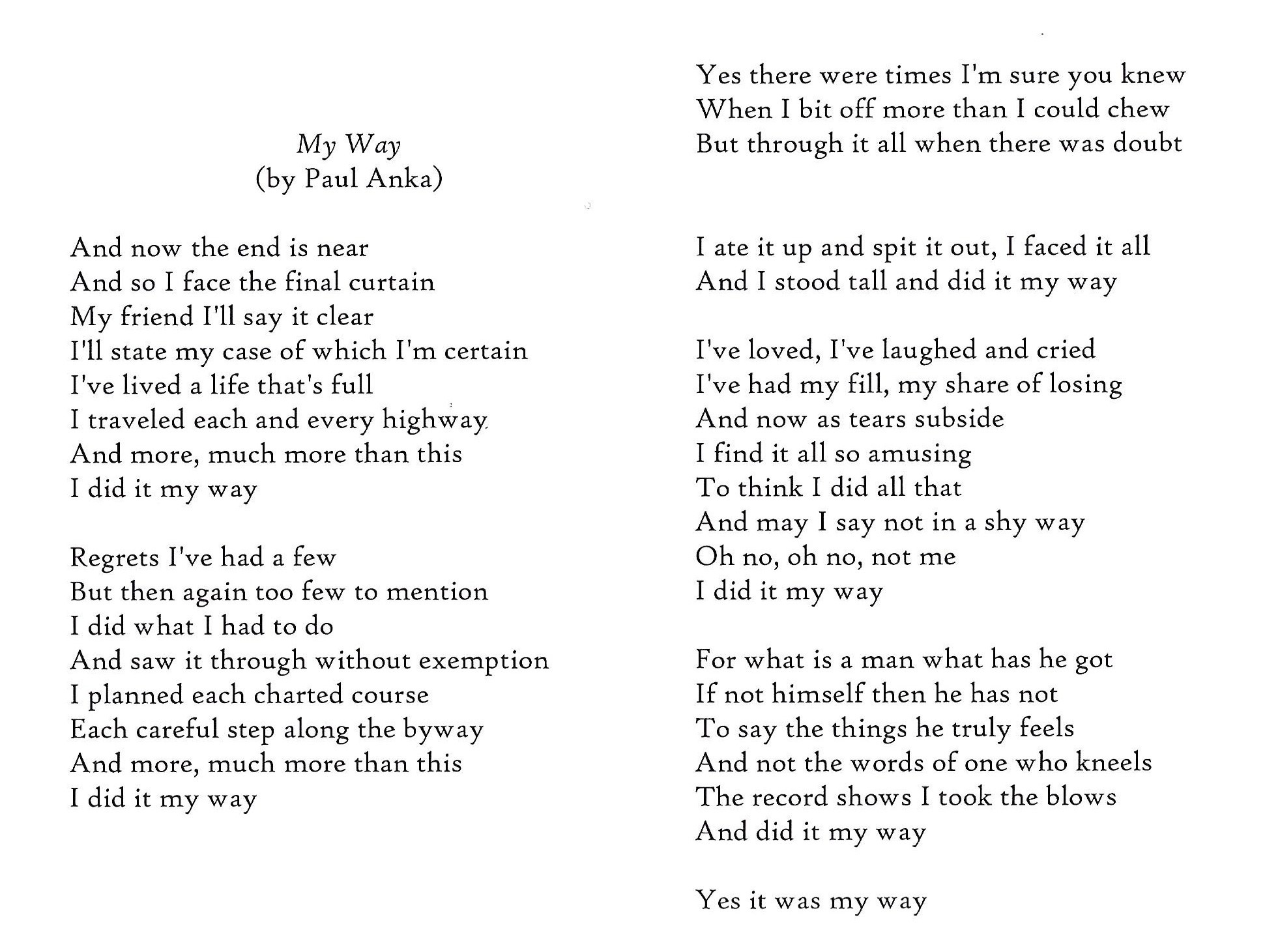 lost, and, unable to deal with the pain of rejection, has hid himself in his hero persona, dismissing his pain as something to be laughed off and forgotten?

I cannot help but picture a dying man surrounded by his trophies and citations, visited by his admirers, cared for by his hired servants, but essentially alone. When he proclaims, “the record shows I took the blows and did it my way!” is that an assertion of the triumph of a life well lived or a cry of lonely despair?