The Hiroshima Carp play professional baseball at Mazda stadium (I recently learned from my brother-in-law that the Miata assembled there). Hiroshima is a bustling commercial and industrial city that happens to surround a park commemorating total devastation. I don’t know what else I thought I would to find. For me, and for most people, the names “Hiroshima” and “Nagasaki” meany only one thing – these are the only two places on earth where nuclear weapons were unleashed. The estimated death toll in Hiroshima by 12 months after the explosion on August 6, 1945 is 140,000, with countless more injured, traumatized, or slowly dying from diseases caused by radiation exposure. These included people going about their day, children who had been conscripted to help with demolition to create firebreaks, and American POWs. 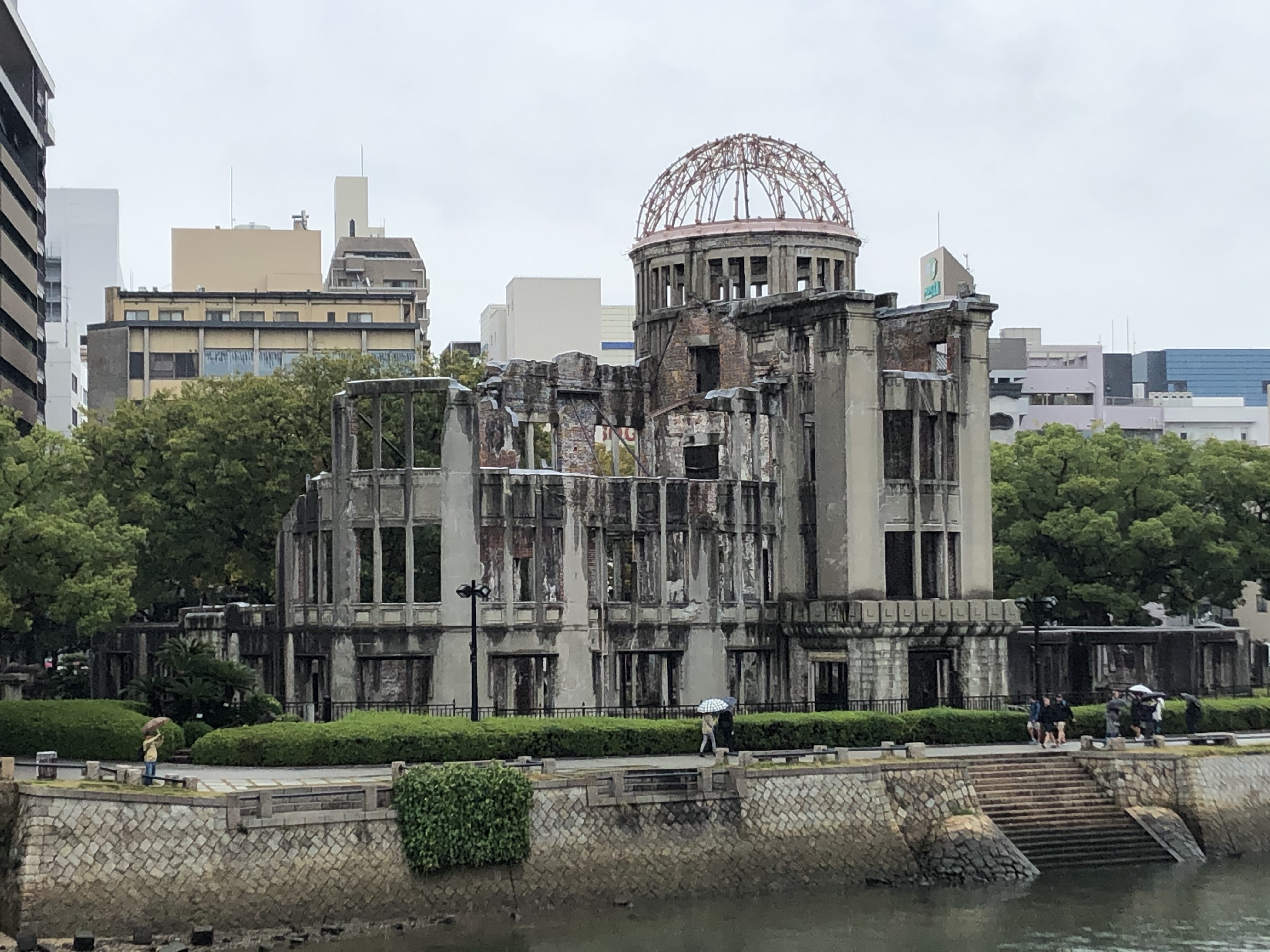 But now, a three-minute walk from the tram stop on a busy street, the A-Bomb Dome stands sentry, just yards from the Aioi-bashi bridge that was the target for the bomber. Across the bridge is a mound where tens of thousands of unidentified cremains were interred. But, though these and other monuments throughout Peace Memorial Park evoke memory and messages of destruction, the park is vibrantly alive. Tour groups hear talks and take pictures, tourists stroll and stop and find silence and solace, and groups of schoolchildren play and pray, listen and learn. I have encountered few places where death and life are so starkly demarcated yet so vitally interconnected.

The Peace Museum is a crowded place, yet it was here that I found myself a solitary person of the 2010s connecting personally with individuals destroyed in the 1940s. The artifacts – a torn pair of shorts, a white blouse forever stained from black rain, a misshapen, partially melted tricycle – are displayed with a brief story of their owner, how that person, whether man, woman, child, or infant met their end that day. But even more haunting in each case is the photograph of that individual. In many cases I found myself riveted, looking into the eyes of the grainy portrait, feeling their suffering, but also feeling their forgiveness.

Those pictures and narratives provide a profound truth about our own lives, our own dying. Over and over and over the wail was to find the way home, or to find the missing one. The loud lamentation was over one (and of course the casualties were not a mass, they were individuals) who had died alone. This is our touchstone today when we think about what makes for good dying. An essential component of a wholesome ending of life is the presence of love, of others.

A flame burns over a reflecting pool near the center of Hiroshima Peace Park. It burns continuously, but it is not designated an eternal flame. It will be extinguished when nuclear weapons are eliminated from the earth.