Of Birthdays and Bellybuttons

You don’t remember it, but it happened; you were there, playing a starring role. It even happened on your birthday!

Before that time, you lived inside your mother’s uterus, you pirated oxygen and nutrition from your mother’s blood via your placenta, transported them to your developing body through your umbilical cord. After that time, you needed a whole new set of processes to survive, you had to breathe on your own, learn to suckle, swallow your own food; before that you were a fetus, at that moment you became a person. 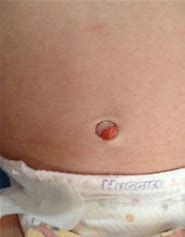 The indisputable evidence is there in that wrinkled dimple in the middle of your abdomen. Your navel might be an innie or an outie, it might be pierced, it might collect lint, for some of us it’s hard to find because of years of too many calories and not enough exercise, but it is there. Look at it in the mirror, maybe the next time you step out of the bath or shower. Remind yourself what it looks like. Consider for just a moment how this ties you with every other human being on the planet. This is something you share with the friend you hang out with, the clerk at the supermarket, the movie icon you are crazy about, the politician you can’t stand, the scruffy man holding a scrawled cardboard sign asking for money, and the Queen of England, you all have an umbilicus, a belly button, you all were born.

Like all those other navel owners, you have a birthday, and like all of them, you will have a death day. Being born is the only way to get here, and, without exception, everyone who has been born is either dead or dying. We all have a terminal illness called being alive. Of course, this is no surprise, if you are reading this, you have lived enough to recognize the scientific truth that each living thing has a lifespan, that everything and everyone that lives will die. But knowing something intellectually and understanding it viscerally are two different things. The number of candles on the cake increases each year. Look again at your navel. When your lifespan is reached, it is this body that has that navel, it is you, not some hypothetical other, who will go from being a person you to a corpse.

Is that frightening? Is it reassuring? Does it seem unreal? Does it make you feel anxious? Perhaps you do not feel threatened because you assume it won’t happen for a long time. Or it could be that you are reading this because you have just received some bad news from your doctor, and you are just now realizing that the light at the end of the tunnel is the train a-coming. Whatever you feel is OK. The whole point is to feel something, even if it is only irritation at me for writing about it. Feelings mean that knowledge has hit home, has tweaked your understanding, your consciousness, at least a little bit.

Recognizing that you are dying doesn’t mean you become morbid or depressed. In fact, many people have found that becoming comfortable with their own mortality frees them from excessive worry and allows them a bit more joy.
Cupcake photo by twinsfisch on Unsplash