Chicken manure played a large role in my childhood. On our farm we had one of the first industrial-style chicken coops 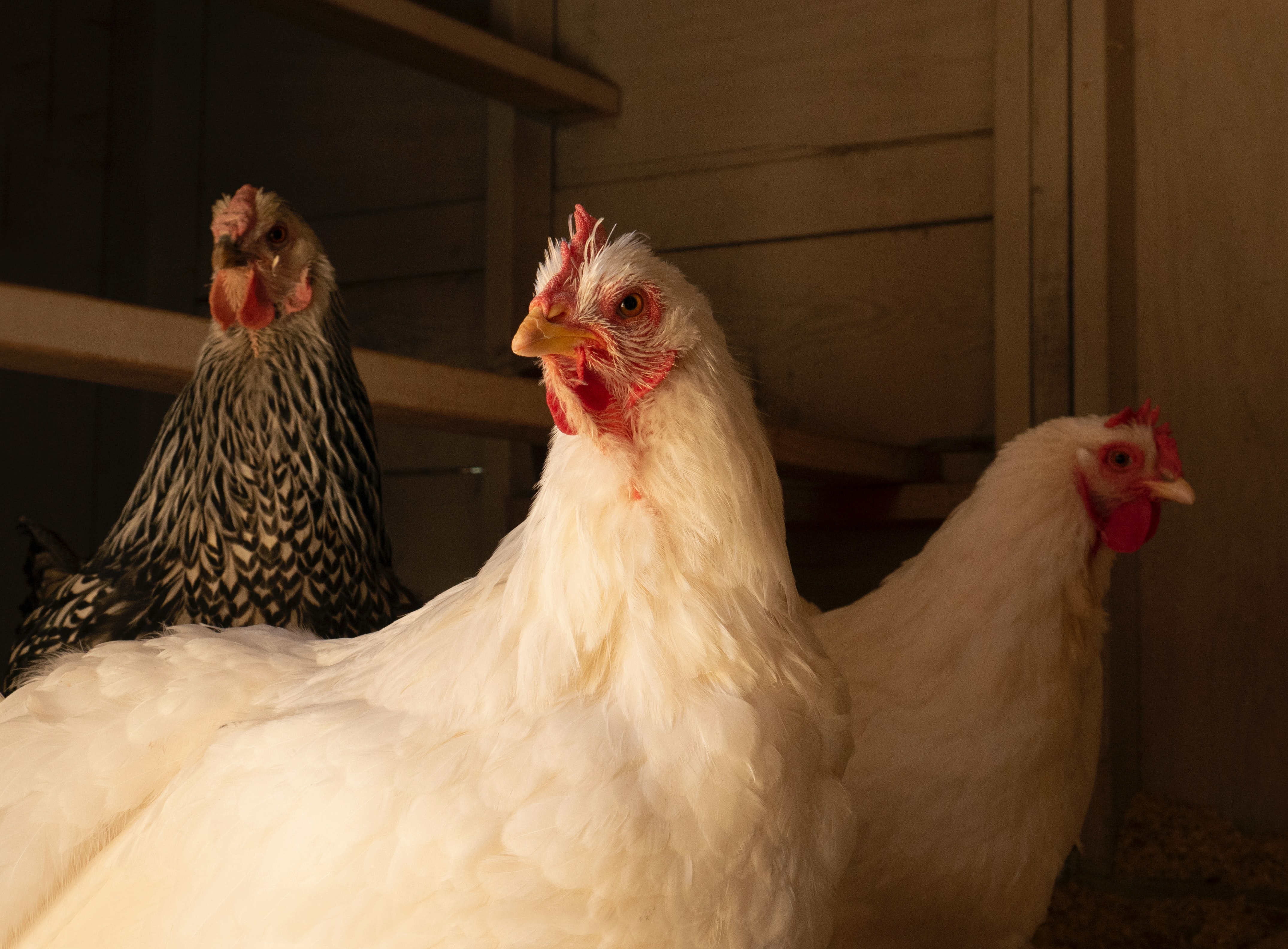 (the kind that has appropriately fallen out of favor) and my siblings and I obtained our spending money by gathering the thousands of eggs laid each day. When I was much younger, I mistakenly thought the superficial crust on a large pile of chicken manure in waiting to be spread would hold me up when I climbed on it. I remember Mom’s horror at seeing (and smelling) me; she remembers stripping me down and hosing me off in the back yard even before throwing me in the tub. 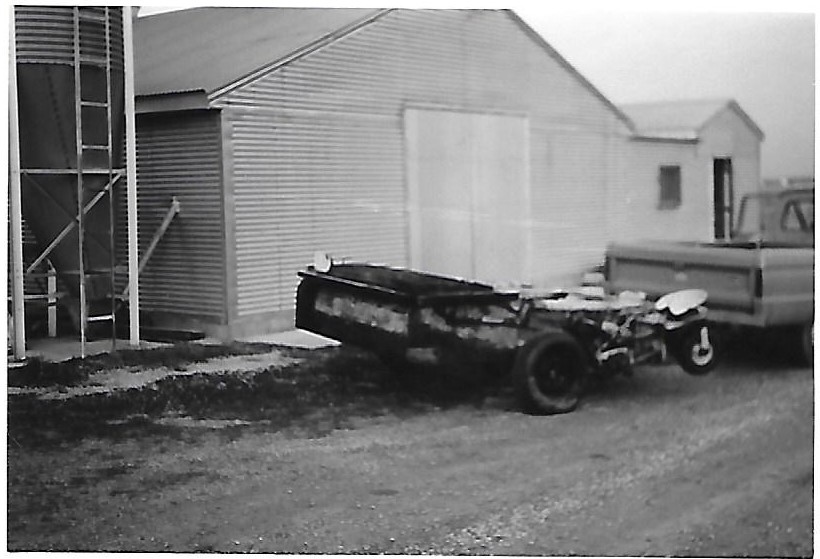 My dad bought the contraption in this picture, a machine that would scoop up manure from the pits under the chicken cages, as he steered and operated it from the metal seat, maneuvering the tires to stay on the concrete walkways between the pits. As more regional farmers invested in the new chicken coop design for egg production, Dad hired himself out to clean out their manure. I got conscripted to go along; my job was to use a long-handled scraper or shovel to clean the excess excrement that would extrude up on the sidewalks as the coop cleaner took each bite, running back and forth between the sidewalks on either side of the pits during the thirty seconds or so that it took for dad to deliver that scoop to the farmer’s manure spreader. It the poop was well dried out, it was easy to get back into the pit, but it created dust that got up my nose and into my mouth (I can still vividly recognize that odor and taste); when it was more liquid, well, the smell was acutely worse, though not as invasive, and it was all I could do to get the concrete cleaned off.

Are you still with me? I’ll try to get to the point of this rancid rambling.

Dad cleaned out coops to make some extra money, though I think he also liked the novelty of the coop cleaner and his notoriety as owning the local monopoly on removal of avian feces. As a family, we never talked about finances; we virtually never talked about anything except school and church stuff, and that was all about us keeping up our grades, our behavior, and our piety. In more recent years, I learned from my mother that Dad gave most of the money he made from coop cleaning to missionary projects through our church. She told me that there were times she was angry with him for that, as she saw the family going without necessities while that money went to missionaries overseas.

I am still not quite sure what to make of that. My dad died in 2016, and this is not something we would have talked about anyway, so I have only this one comment from my mom to go on. Dad was a strong believer in tithing, in giving a minimum of 10% of his income to our church; he taught us this lesson, and it has served me well in helping focus a part of my financial life on those less fortunate. It wasn’t like we starved or anything as kids; with the farm we ate very well. But how did I feel when I found out that part of the reason we didn’t have as nice clothes and other stuff as other kids was because Dad gave the money away?

I have never had much sympathy for the adage, “charity begins at home;” that has always seemed like an excuse for selfishness, like Bogart’s great line in Casablanca, “I’m the only cause I’m interested in.” My son, Aaron, once told me that he and his sister, Corrine, knew not to expect too much inheritance, as “you and Pat will probably leave most of your money to some kid in Africa.” (Don’t worry, kids, you’ll make out OK.) So, I guess I do have some of my father in me, and Pat & I share the idea that since we are financially stable, we need to be generous.

As I have been writing this, I see that this has turned out to be more of a personal processing than a cogent blog post, and maybe there is no other point to make. I am still not sure that my dad’s priorities were right, especially if we five kids and our mom got the short end things back in the day. But I do think Dad got one thing correct: being generous is not a chickens__t idea!
Chicken photo by Valerie Rose on UNSPLASH